Fabry, Andrea (2016) Is Your House Making You Sick?: A Beginner’s Guide to Toxic Mold.

Available in hard copy ($12.99 CAD) or kindle ($9.99), this small but information-rich book helps families determine the role that water damage and mould may be having on their health issues.  Resources include a timeline of her family’s illnesses, how to test a home for toxic mould, and questions to ask a potential remediator before hiring.  Andrea is a certified Building Biology Practitioner, mother of nine, and founder of two environmental health websites, momsAWARE.com, and it-takes-time.com. 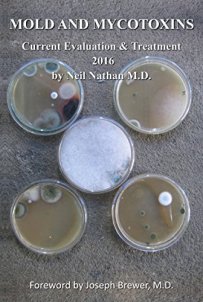 This book outlines Dr. Neil Nathan’s approach to treating those with Chronic Inflammatory Response Syndrome from water-damaged buildings and mould.  It describes the mechanism of illness as well as medical treatments.  It is written in clear concise language suitable for those who work in health care and for those who do not.  It is available as an e-book for $8.90 CAD.

This concise and carefully worded book outlines an approach to recovering from significant illness caused by toxic mould.  Written to be understood by those experiencing cognitive difficulties, it summarizes Mold Avoidance, a strategy for avoiding even small amounts of problematic toxins, to resolve chronic illness. The e-book is available for $7.65 CAD at amazon.ca. It is available for free as a pdf for those comfortable signing up for Lisa Petrison’s infrequent e-mail newsletter via Rabbit Hole Press. Also available in hardcopy in the U.S. for $12.99 USD.  Its more in-depth but less cohesive predecessor, Erik on Avoidance (2015), is a collection of Erik Johnson’s writings on mould, toxins, and chronic illness, compiled by topic.  It is available for free via paradigmchange.me.  Erik Johnson’s recover story, Back From the Edge (2013), by Lisa Petrison, is also available for free from paradigmchange.me. 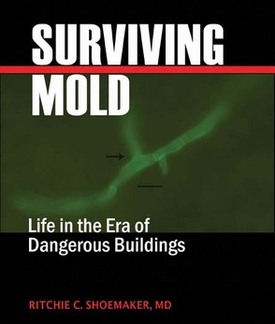 Available as an e-book for $13.01 CAD.  Its predecessor, Mold Warriors (2005), is also available as an e-book though it may be outdated.  Dr. Shoemaker, by most accounts, is the first physician to explore and acknowledge the role of biotoxins in chronic inflammatory illness.  You will get a sense of Shoemaker’s personality and also his passion and frustration with the medical establishment.  His focus is on Chronic Inflammatory Response Syndrome (CIRS) after exposure to water damaged buildings.  His website is survivingmold.com.  This book is poorly edited and not very cohesive but provides a deliberately passionate argument for the role of mould in chronic illness.  Dr. Shoemaker has written some of the chapters, while others are guest written by patients and others, including Erik Johnson.

Paula Vetter with Lori Rossi, and Cindy Edwards (2017), Mold Illness: Surviving and Thriving – A Recovery Manual for Patients and Families Impacted by CIRS.

This book is written with a focus on families with children and is available for purchase as an e-book or printed book from SurvivingMold.com.  The cost is prohibitively high ($47 USD) but appears to be available through kindle for $28 USD.  No reviews are available on amazon.com.  Further information can be found here on the book’s website.

Julie Rehmeyer (2017). Through the Shadowlands: A Science Writer’s Odyssey into an Illness that Science Doesn’t Understand.

This story covers the development of Julie Rehmeyer’s Chronic Fatigue Syndrome (CFS/ME), the politics of medicine, the power of intuition, the benefits of Mold Avoidance, and the struggle with being a scientist while simultaneously discovering the limits of science.

Lisa Dennys is a Sarnia, Ontario author, former occupational therapist, and medical intuitive/health coach.  She has published a book, Unveiling Lyme.  She sees her role as supporting people in making decisions and keeping perspective during difficult chronic illnesses.  She is recovering from Lyme disease.

Lori Dennis is a Toronto Ontario psychologist who has a few online articles about lyme: her son had chronic lyme disease, and she discusses the challenges of solving medical illness when medicine fails to do so.  She has published a book called Lyme Madness.

Bryan Rosner has written a book about lyme that has sold 40,000 copies.  In 2017, Bryan was living in an RV in the desert with his children and spouse and seeing significant health gains.  He has been an advocate for awareness and approaches to chronic lyme disease.  He is exploring the role that Mold Avoidance has on his health and the health of his family and plans to publish a book on the topic.

List of health books, not focused on mould illness per se, but on specific health issues or approaches, and neurological symptoms,  recommended by Andrea Fabry, It Takes Time: http://it-takes-time.com/2014/06/23/four-health-books-summer-reading-list/